Luxury fashion house Givenchy returned to Paris Men’s Fashion Week on January 18 to showcase its Fall 2023 Menswear collection. Attending the show were members of the global Givenchy family, making for a packed A-list audience. Under the creative direction of Matthew M. Williams, the label debuted a series of layered looks that fell at the intersection of Parisian and American fashion.

Opening the show were tailored suits and structured silhouettes that presented an elevated image of Givenchy. According to Vogue, Williams worked with Givenchy’s couture atelier to curate the looks. In an unexpected — and perhaps, on-brand for Williams — move, the refined selection then expanded to encompass a series of layered outfits. Drawing from Williams’ own experience as an American designer working in Paris, the collection highlights jeans and hoodies with a modern and clean vision.

In line with Givenchy’s recent goth-infused aesthetic, the collection mostly consists of dark and muted tones, typically associated with the colder seasons. Pieces in orange, pink, and green — among a few other colors — created surprisingly bright moments, welcoming a pop of color to an otherwise sleek, near-monochromatic runway. Combining items like puffer vests, trench coats, and even an oversized fur coat with plaid, camo, and snakeskin, the collection playfully reinvented the idea of classic winter clothing.

A myriad of international celebrities graced the streets of Paris on Wednesday as they arrived at Givenchy’s show. Among the many notable names were Australian model Shanina Shaik, Colombian rapper J Balvin, Japanese actor and model Shuzo, and American rapper Tyga. Additionally, K-pop idol Taeyang, made his first appearance since his appointment as the brand’s ambassador.

Givenchy is no stranger to the star power wielded by Asian celebrities, especially when it comes to defining fashion trends. The label previously appointed the 4th generation supergroup, aespa as ambassadors in 2021. 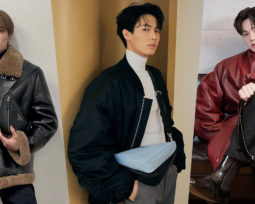 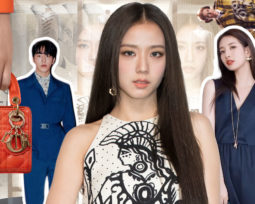 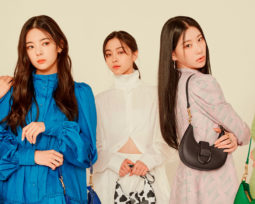