Eternals—Marvel Studios’ latest addition to the Marvel Cinematic Universe and an introduction to Earth’s oldest protectors—teaches lessons on humanity. Even though the Eternals are immortal beings that aren’t really human, the lessons found in the film are ones that everyone can learn from. Discussing the movie and its lessons means one thing: massive spoilers ahead!

Before getting started, it’s important to know who the Eternals are and why they’re on Earth. Thousands of years ago, the Eternals were sent by the Celestial being Arishem to protect Earth from Deviants—creatures intent on destroying life. All ten Eternals have a specific power; among them five fighters and five thinkers. Led by the Prime Eternal Ajak, Ikaris, Sersi, Thena, Gilgamesh, Sprite, Kingo, Phastos, Druig, and Makkari spend their time on Earth protecting humans and living among them. After completing their mission, they are waiting to go back home to their planet Olympia, which is where the story begins.

Throughout the movie, there is a running theme of resistance, rebellion, and independence. Sersi leads the Eternals in direct rebellion against Arishem and his plans for humanity. Of course, this is the biggest act of rebellion in the movie and the story that drives it, but thinking for yourself isn’t seen in just her.

Druig, who ironically has the power of mind control, is the first of the Eternals to question following orders. Looking upon humans fighting, he only wishes to control them to protect them from themselves, disregarding Arishem’s order to not interfere in human conflicts. He even mentions how following Arishem makes them just like the soldiers “down there,” following orders that cause and allow chaos to carry on.

Both Sersi and Druig lead this train of thought throughout the movie. How is it possible to be good, even if following orders, when the orders are wrong? It’s an important lesson that many of us can often forget, but must keep in mind. Their bravery to stand up to bad orders, becoming more than soldiers, is the empowerment many need.

What Makes Us Human

Even if the Eternals are immortal beings that aren’t human and closer to gods, they have a pretty good idea of what makes us human. Druig notes that at one point, when the Deviants develop a conscience, they don’t become more dangerous, but become more “like us.” They can discern and feel things, and they know what hurts and helps themselves and others.

These feelings, this morality, is what makes us human. We connect and relate with each other. Even through thick and thin, we are still connected by the unique experiences of all living as humans in this wild world of ours.

And while Druig sees it, Sprite knows that it’s an incredible thing to experience. As the youthful illusionist of the Eternals, she’s been a child for thousands of years, never being able to fully experience the world as those around her have. She wishes to live as a human; to grow old, to know love, and to live fully uninhibited by her age and appearance. She knows that being human is a beautiful and rare experience. Through her admiration and desire for humanity, we see that what makes us human is beautiful. The world may wear on us, and life is not always kind, but the experience of being human is one we get to call uniquely ours.

We Are Worth Saving

One of the most poignant lessons in Eternals is that we are worth saving. Ajak, their matron and leader, sees beyond their mission on Earth, and grows to love humans. She loves humanity because she’s seen them love, and laugh, and most importantly: dream. It’s these things that make us worth saving. Humanity gives her hope and inspires her.

Phastos on the other hand, the resident inventor for the Eternals, struggles to see how humans could possibly be worth saving. After endless destruction and violence, and the particular instance of atomic bombs, he loses hope for humanity. It’s understandable to see why. Sometimes it’s hard to see the things worth saving when it gets bogged down in all the negativity. Humanity isn’t always kind to itself, and trying to uphold it when we so often are hurting one another makes it difficult to see the good worth saving.

Gilgamesh, however, endowed with the super-strength of a god, shows it in even the simplest of ways. After caring for Thena for thousands of years, he has one piece of advice, given through Thena: “when you love something, you protect it.” He even observes that it’s the most human thing at all to want to protect what one loves. And it takes us back to protecting and fighting for ourselves.

We can dream of a future built on love to share laughter. That’s what makes being human so incredible, and Ajak sees that in us, even if we sometimes miss it. Phastos grows to love and build a family, and it gives him hope to see that we are worth saving. Gilgamesh finds significance in caring for those that you love, and we can all do the same.

As humans, we are immense and complex, constantly changing and growing. These lessons, even if coming from eternal beings created in a fictional universe, apply to us in the here and now. We are free to make our own decisions, not only abiding by the rules and goals laid out for us. We are more than that. In fact, that’s what makes us human. The ability to feel, to dream, to live as we are, makes our experience all the more worthwhile. And experiencing those things, that’s what makes us worth saving. The way we carry out those dreams, the way we spread love and make sure that those in the future get the chance to experience humanity as we did, that’s what makes us worth saving.

Enjoyed this piece? Check out our piece on how Eternals fits into the MCU! 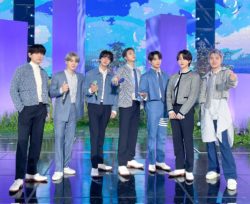 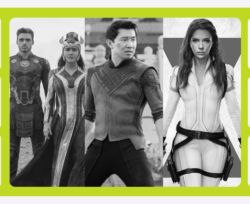