Azadeh Valanejad is a New York City-based journalist, video producer, and blogger. She has worked for numerous outlets such as Glamour and Allure and is the founder and Editor-in-Chief of EnVi Media!

Azadeh is known to have worked with numerous K-pop idols, but before that, she was a local! She was familiar with K-pop names such as EXO, BTS, BLACKPINK, and SHINee, but never got the chance to dive into K-pop music nor see what the fandom culture in K-pop was like.

Everything changed on the faithful day of April 22, 2019—just two days before NCT 127 kickstarted their Neo City: The Origin North American tour in New Jersey. Azadeh was a video producer at Condé Nast at the time—home to magazines such as Vanity Fair, Glamour, and Vogue. Another producer on her team was scheduled to be working on a shoot with NCT 127 and Azadeh had volunteered to help out on set. She told EnVi, “technically I wasn’t supposed to be on set that day because it wasn’t a project I was first assigned to! But because there was a large number of talent (I think it was the most we’d had on camera at once at the time) the team needed all hands on deck. Plus, I had never seen a K-pop group before so I was excited to see them in person.”  One might call it fate or a coincidence but one thing was for sure— this moment would change her life forever.

“I’m not kidding when I say the energy completely shifted when they came into the studio. You know when Dorothy crosses the rainbow and it goes from black & white to color? That’s the best way to describe it.“ Azadeh recalls how the boy band made an impression on her— they would break out to sing a song or dance randomly in the studio and she was captivated by their charming personalities and genuineness. Jaehyun got the chance to tell Azadeh everything about their upcoming tour to which NCT 127’s team reached out two days later with tickets and backstage passes just in time for their show at Prudential Center on April 24th. “I RAN out of work [that day] and hopped on the train to Newark and the rest is history.”

Since then, Azadeh has been an NCTzen and has worked on her own shoots with NCT 127 (NCT 127 Acts  Out 19 Emotions) in November of 2019 and has also worked with other idols such as SuperM, Day6, Got7, and Monsta X.

By Fans, For Fans

EnVi was born in May of 2020, about a year after Azadeh became an NCTzen. What started out to be a fan project grew into a professional media company in just over a year!

Well we were going to publish 10 am tomorrow EST, but it’s technically Friday in many parts of the world so… introducing our first ever issue!!! Hope you enjoy! 💚 LINK: https://t.co/Q5jK1MuDXr pic.twitter.com/fPM58JFMlV

But how did this all start? When Azadeh first joined the K-pop community as a full-fledged NCTzen back in 2019, she quickly noticed the sheer talent that fans were capable of. There were fan accounts that came up with amazing video edits and fan art, and they were consistent about it. “Here are young people managing, maintaining, and updating content more efficiently than big corporations! I truly believe anyone who runs a fan account should put it on their resume because it’s essentially a business.”

A big contributor that helped bring EnVi to life was actually what started as a joke amongst NCTzens on Twitter. In Spring of 2020, different accounts started showing up such as NCity Government, NCity Pool Center, and NCity University. To explain, “NCT” sounds like “N-city”, and fans of NCT were given the fandom name NCTzens, which is pronounced as “N-citizens.” The wordplay was genius to begin with, and fans took it a step further to establish an online NCity community.

Fans found this takeover hilarious but in between laughing and chuckling through NCTzen’s tweets, an idea popped up in Azadeh’s mind. In a tweet, she jokingly asked NCity Government if there was an NCity Magazine. Before you know it, combining Azadeh’s guidance with talent from other fans, one thing led to another, and pretty soon NcityMag—now known as EnVi Media—was born.

Update: I was given green light to publish Ncity’s first official magazine! Hello I am EIC of our new monthly publication @Ncity_mag & have positions avail for writers, graphic designers, & editors. Any journo grads? First issue launches July 1. Not kidding. This is real! 😏💚 https://t.co/A90AZ7jbBY

Another big reason why EnVi Media was started was due to the massive amount of gatekeeping from music journalists. Azadeh explains, “this was also during the height of the BLM movement last year and I repeatedly saw journalists ask my Black friends (who are all fantastic writers themselves!) in the K-pop space for quotes, but never pass them the pen. So when I saw the opportunity for us to create a platform and build a table where everyone could equally contribute and be given the same opportunities, it really motivated me.“

A Day In Life As An EIC

For Azadeh, no two days are exactly the same as an Editor in Chief at EnVi Media. But typically, she’s up very early and by 9:30 AM she’s in full editor mode. She checks her emails, EnVi Slack channels, and tries to respond to everyone’s inquiries. It can get overwhelming since EnVi has over 80 contributors from different parts of the world, but she loves having an open work culture where everyone is comfortable to ask just about anything.

Later, she joins her Deputy Editor, Davonna, and they both check calls and meetings they have for that day. These calls can be with agencies, publicists, labels, or other potential partners and brands for EnVi. Many times these calls will take place at 10 PM EST since a lot of their work is overseas in South Korea. Other tasks include staying up to date on pieces getting published, copy editing, approving pitches, scheduling interviews, and more. Azadeh’s favorite task is providing and organizing career development workshops and giving new opportunities to her writers and contributors.

Fall Down Seven Times, Get Back Up Eight

Nobody has a straight path to their success and Azadeh wasn’t an exception. Before starting her professional career as a journalist and video producer, Azadeh had a very non-traditional college career path. As the daughter of Iranian immigrant parents, she initially started in the sciences because success to many immigrant parents means being a doctor, a lawyer, or an engineer.

“I felt lost and it didn’t help that my family was going through some traumatic changes at the time. I actually went through three universities and two community colleges—failing out of three of those—before I finally got my act together and finished my degree.” Azadeh received her associate’s at a community college within a year and then transferred to Rutgers University where she studied journalism and graduated with honors within two years.

During her time at Rutgers, she participated in many internships to build her work experience which led her to Hearst—where she worked for publications like Good Housekeeping and Redbook. “That was my first taste of magazines and I knew it wouldn’t be my last.” From there, she pursued and received her master’s degree from the Columbia University Graduate School of Journalism in 2016.

An Inspiration to Everyone

Azadeh continues to be an inspiration and a role model for K-pop fans, young women of color, and aspiring journalists—and to get to where she was, she stuck by her rule of never comparing herself to other people.

“I’m okay with sharing my story because I hope it inspires others. I know many people who feel lost in their studies or careers and feel behind. I’m here to tell you, you’re NEVER behind. You have no competition. Do not let society’s archaic timeline of what you’re supposed to accomplish at certain ages dictate your life. This is your life and the journey you’re on at your pace is perfectly acceptable the way it is.”

In addition to her work at EnVi, Azadeh is also one of the moderators for INSIDE KPOP on Clubhouse. INSIDE KPOP is one the largest K-pop communities on the Clubhouse app with over 27k members and it is moderated by K-pop industry professionals. In the last few months, Azadeh and her team have sat down and talked with some big names in the Korean music industry such as BM, Kevin Woo, Jay Park, DPR REM, and many more.

Although she speaks on Clubhouse before hundreds of listening fans, Azadeh doesn’t get nervous! She loves interviewing talent and for her, she sees it as a weekly opportunity to exercise her interviewing skills. “The best part about Clubhouse, and especially INSIDE KPOP, is that we have created an opportunity to allow direct and intimate fan to artist interactions. Not to mention our rooms are translated live to Korean, making it all more accessible.” Be sure to check them out on the Clubhouse app!

When Azadeh is not focusing on EnVi Media or Clubhouse, she is also a sustainable fashion and lifestyle blogger. She is in the middle of a big project to be announced soon so be sure to check out www.azaram.me and follow Azadeh on Instagram @azaxdeh to stay updated! 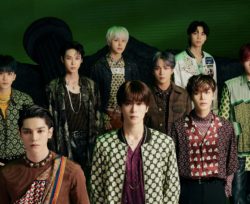 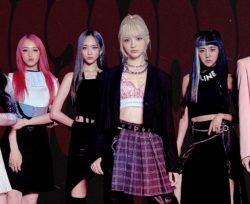 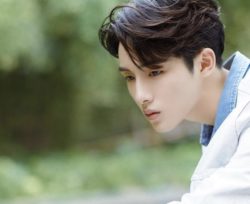