After a historic win at the American Music Awards, the global K-pop group, BTS, has secured their second Grammy nomination of their career on November 23 2021. At 12pm EST the Recording Academy began announcing the nominees for this year’s awards. After a suspenseful wait, it was confirmed that BTS is nominated for the Best Pop Duo/Group Performance category with their hit song “Butter.”

There is no question that BTS deserved the nomination with “Butter.” Not only did “Butter” place #1 on Billboard’s Hot 100 chart for ten weeks, the music video reached a record 112 million views within the first 24 hours of its release. The song also reached #1 on iTunes in 100 countries on its release day.

Alongside BTS, several notable artists were also nominated in the category. These included Coldplay for “Higher Power,” Lady Gaga and Tony Bennett for “I Get a Kick Out Of You,” Doja Cat and SZA for “Kiss Me More,” and Justin Bieber and Benny Blanco for “Lonely.” All of these artists have earned their spot on the nominations board after releasing hit tracks this year.

BTS were nominated for the same category last year with their performance for “Dynamite.” Though they did not win, the nomination alone was a great honor for the group as it was their first Grammy nomination.

After a slight slip up by RM on VLive, fans were anticipating an appearance from BTS during the Grammy nominees announcement. During the VLive, in true RM fashion, RM mentioned a recording was released already while talking about the Grammys when in fact, it had not.

Sure enough, BTS were presenters for the event and announced the nominees for the Best Alternative Music Album.

CONGRATS @BTS_twt!!!! Second year in a row to be nominated for a Grammy in Best Pop Duo/Group Performance!!!!!! pic.twitter.com/3gp75UPGzW

EITHER WAY, CONGRATULATIONS @BTS_twt for your second grammy nomination !! YOU DESERVE THIS AND MUCH MORE

Congratulations to BTS on the nomination!

Check out our coverage on BTS’ win at the American Music Awards here! 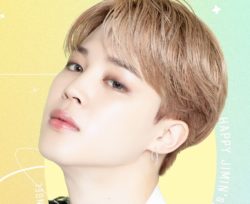 BTS Gives An Inspiring Message At The UN Assembly 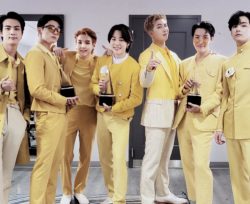 BTS Made History at the 49th Annual American Music Awards