It’s time to let go of all your worries with “Rush Hour,” the latest digital single from Crush featuring j-hope of BTS. The South Korean R&B singer has made his long-awaited return after completing his military service this past August. Jumping right back into the studio, Crush served out the funky and fresh track on September 22.

This is Crush Hour

After nearly two years since the release of his first EP, with HER, Crush has come back with a feel-good single to celebrate the return to his craft. Opening with a string of dreamy la la’s, “Rush Hour” takes a quick turn with its steady drumbeat, a groovy organ, and upbeat brass accents. The song stems straight from the heart of funk and is reminiscent of the sound by American duo Silk Sonic.

Confidence radiates through “Rush Hour” as Crush professes, “Held my tongue for way too long / Set my destination to the studio, ‘cause I can,” remarking about his return to the music industry. There is a carefree air to the track when Crush tells listeners in the pre-chorus, “We gotta celebrate, just leave it up to fate,” which is a message everyone can take away.

Credited as the composer, lyricist, and producer for the track, Crush made sure his comeback would have a personal touch. Joined by j-hope of BTS, this is the first collaboration between the two and allowed both stars to shine as their flows seamlessly blended together. j-hope adapted his flow to match the funky vibe of “Rush Hour,” showcasing his versatility through the track and his participation in the songwriting for his own verse and the chorus.

One of the most exciting parts of collaborations is seeing the artists work together in action, and that is exactly what happened in the “Rush Hour” music video. Starring both Crush and j-hope, the visual accompaniment is smooth, cool, and jovial.

Set on a bustling city street in the evening, the scene is practically straight out of a movie as Crush maneuvers his way through the crowd. While the camera follows j-hope, viewers get a first-hand look at his incredible freestyle dance skills. One of the most endearing parts of his choreography is that he pays homage to his previous solo work, in addition to the works of BTS and his fellow members. By the end of the music video, everyone has joined in on the fun and partakes in the playful choreography.

Meanwhile, fans have only responded with the utmost love since the release of “Rush Hour.” Both of their fan bases appreciate the fondness displayed between Crush and j-hope after working together.

Despite having only been out for a couple days, “Rush Hour” has become a global hit, climbing to the top of the iTunes charts.

“Rush Hour” has a delightfully positive energy that could not have been more fitting to celebrate Crush’s return to the music industry. Make sure to keep up with what Crush does next by following him on Instagram, TikTok, and Twitter. You can now listen to “Rush Hour” on Apple Music and Spotify!

Want more music? Check out our breakdown of JAY B’s Be Yourself here! 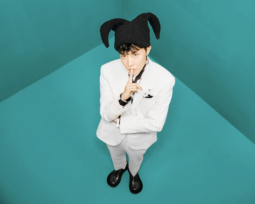