On August 27, singer, writer, and producer Justin Arrington released his first album titled Bedroom Songs. If his name seems unfamiliar, it won’t be soon enough. His talent and work ethic caught the attention of the multi-platinum-selling rapper Bow Wow, and Russian producers Lost Capital and Baiun. They featured him on the popular house song “Sun Goes Down,” and garnered over a million streams on all streaming platforms. Arrington has spent years perfecting his craft and is ready to keep moving forward.

In His Blood: Keeping Up the Legacy

Arrington credits his mom for getting him into music. “My mom is heavily into music,” said Arrington. “She’s a gospel singer so it was in my blood. Growing up, one of the first artists I listened to was Usher. I remember thinking, ‘I could see myself doing that.’ I started off singing in church and originally sang Christian music. My mom helped me, she was my manager and helped me since I was 18-19.”

Arrington has attracted and worked with renowned producers in the music industry. This includes Henry Panion III, owner of Audiostate 55 Entertainment and producer for Stevie Wonder, Aretha Franklin, Carrie Underwood, and Chaka Khan. As well as grammy award-winning producer Snipe Young, who has worked with Beyoncé, Justin Bieber and Lil Jon.

The Alabama native moved to Los Angeles several years ago to pursue music. He was originally planning to move to Atlanta, but an employer suggested he move to Los Angeles. “Moving to LA was a transition,” said Arrington. “I left home, and though I was making Christian music, I felt like I should start doing Pop music. I was gonna go to Atlanta, but things just really turned toward LA. I did voiceover work for cheerleading squads and that’s how we kinda got going there. I told the guy I worked for my plans, but he told me, ‘You’re too talented, you should come to LA.’ So I basically dropped everything, including my job, and moved here.”

Bedroom Songs is the singer’s first album, though he has previously released singles. It has been in the works since 2019 and was finally released two years later. “I went through a couple of label situations, where “Circles” and other tracks were recorded in 2020, while others were made in 2019,” said Arrington. “I produced a little bit as well, specifically for ‘Come Thru,’ and I actually like the remix better than the original. I also produced ‘Insecure,’ ‘Love You Better,’ and ‘Attention (Intro).’”

The project is aptly named, as they were recorded from Arrington’s bedroom. “We worked on the songs in my studio at the house,” said Arrington. “We have mics everywhere and a grand piano at the house, and we also have a setup in my bedroom. That’s why I named it Bedroom Songs. I wanted to see people’s reactions to the name.”

Arrington cites “Circles” as his favorite song to record because it came so naturally. He wrote and recorded it in two hours, and the process flowed smoothly. “Circles” also caught the attention of rapper Bow Wow, which factors into why Arrington says it’s the defining track on Bedroom Songs.

“Bow Wow had a contest where you could submit your music and if he liked it, he would work with you on the project, so I just submitted it because I was trying to get some traction going,” said Arrington. “I sent my info to him and a week later, he was all up in my DMs and it worked out. That’s how that came about and I’m still in contact with him, he wants to see what he can do to promote the album. He has a tour coming up next year, and he’s worked on Fast N’ Furious. He’s a very busy man, and I’m grateful he’s kept in touch.”

Arrington recalled a fun fact about the making of Bedroom Songs. “Usually people handle the album submission for you, but handling it yourself can be tricky,” said Arrington. “When I submitted the album to my distributor, I had the option to choose to arrange the songs now or arrange them later. I opted to arrange them later. Next thing I know, the order is wrong because ‘Attention’ is supposed to be track one. It’s funny because the first three tracks had already been released, so they were like a preview. It’s like y’all have already heard these, and ‘Attention’ is an intro to the rest of the songs, so it kind of worked out.”

Arrington believes artists should hone in on their talents, set things up the right way, and then spread the word about their music. “People want to be famous fast, but to last, you have to take your time and get to know yourself and be yourself,” said Arrington. “You don’t have to have 50,000 followers, just hype yourself up. We made these in my bedroom, and I made this album for the other indie artists out there. You don’t need something super fancy, but if you have the right setup, you can create from anywhere, no excuses.”

The moments following the release have been full of excitement, especially for Arrington’s parents, who were with him in LA to celebrate. For Arrington, his mom is the one you need to impress. “She’s like Mr. Miyagi,” said Arrington. “When she listens, she listens hard, not just to the beat but the harmony, the tone, everything. It was a really great feeling to see her excited and giddy over my work, especially since she’s been so involved in my career. My dad loves ‘Run It Up’ because it has that club vibe, which is ironic, considering he’s a pastor.”

Run It Up: Moving onto Bigger and Better

Though this release came out after two years, Arrington is already halfway finished with his second project. He wrote some of the songs in 2020 but is looking forward to getting to perform them once live shows can resume.

“Regarding my future goals, I want to just enjoy these songs and live them out. I would also like to grow my fanbase, definitely perform at festivals and get out there more once everything can resume safely. I started an entertainment company called Current Entertainment, at the advice of some fellow industry professionals, that way we can do everything by the books.”

Arrington also hopes to have more collaborations in the future. “I didn’t do too many collabs because this was a compilation album, but I would like to in the future,” said Arrington. “I’d love to work with Usher, of course, he influenced me growing up with how he sings and dances. Bow Wow goes without saying, we could create a club song or even a love song. I’d also like to work with Ryan Tedder because I love the way he writes. I like Lady Gaga. I’d also like to have some gospel collaborations, especially with Kirk Franklin and Deitrick Haddon. Justin Timberlake is another one, he’s actually my favorite artist. I love ‘Like I Love You’ and Justified, that whole era really.”

For more on up-and-coming artists, check out our interview with Justin Park! here. 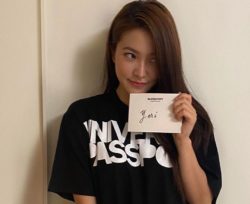