Celebrating the 130th anniversary of the publication, fashion magazine Vogue will present a special runway on September 12. Titled “Vogue World,” the show features looks from Fall 2022 collections of brands such as Balenciaga, Dior, Gucci, Valentino, Coach, Burberry, and more. Following the theme of “fashion’s new world,” the event will combine a fashion catwalk and a “street-fair experience.” Here are all details and how you can tune in virtually.

Fashion media powerhouse Vogue is celebrating 130 years in the industry. To commemorate the milestone, the magazine is holding a first-of-a-kind editorial fashion show mixed with a street fair that includes newsstands and shoppable looks from Vogue’s retail partners like Moda Operandi, Mytheresa, NET-A-PORTER, Nordstrom, and Ssense.

Promoted by singer Lil Nas X and model Hailey Bieber, the show is set to feature more than 200 people on the runway including top models Adut Akech, Nicola Peltz Beckham, Emily Ratajkowski, and Gigi Hadid. Additionally, it’s been reported that stars and industry professionals will be present in an audience of over 500 people.  One of the names joining the fashionable crowd is member of K-pop group NCT, Jeno.

While tickets to the event are currently sold out, everybody in New York can experience the excitement of the event that is taking place in the Meatpacking District, 9th Ave & W 13th St, on September 12. Vogue’s Global Editorial Director, Anna Wintour said about the show, “It’s also a party that audiences can be a part of everywhere—on the streets of New York and via livestream all around the world. We can’t wait to show you Vogue World.”

If you’re not in New York, you can watch the show through Vogue’s websites, the Vogue Runway app, and Vogue’s official Twitter account. The runway is scheduled to start at 7:30 pm Eastern Standard Time. Don’t miss out on the chance to catch up on the exclusive content across all of Vogue’s social media platforms and keep an eye on their behind-the-scenes footage, original content, and more surprises.

Interested in more Fashion Week coverage? Check out the highlights of the SUPIMA Design Competition. 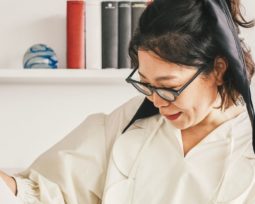 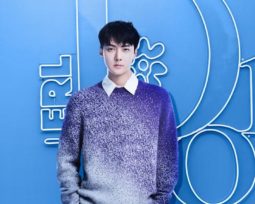 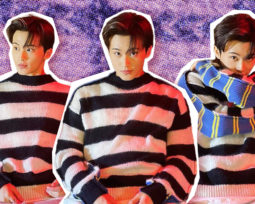 A Guide To Marni Through Mark Lee