Just as moths are drawn to a flame, Woosung attracted fans to his latest EP, Moth, on May 13, 2022. The all-English EP comes right before the Korean-American artist goes on his Moth EP Showcase Tour, which kicks off on May 15 in Amsterdam.

The EP contains endless references to moths, butterflies, and light. During a Twitch stream on May 12, Woosung revealed what inspired him to make this EP. He reminisced that he was sitting outside at night and watched a lit-up billboard that was surrounded by moths. One particularly large moth landed on the billboard and the light illuminated the wings, showing its beauty. In the title track’s music video, Woosung wrote, “while a butterfly is perceived as a beautiful and touchable creature in the daylight, a moth is nocturnal and often colorless, translucent, and drawn to the light. Taking a closer look, these dull, unpopular moths can be just as pleasing to the eye, when the light shines through them as they fly through the night.” Wanting to channel that theme, Woosung created this EP to highlight that a little light can help reveal the beauty within us all.

The EP begins with “ComE dOWn,” a track filled with reverberation and hazy melody. Though it starts off mellow, the song builds up to a powerful chorus filled with strong instrumentals. Woosung uses moths and fireflies as an analogy to describe the nervousness he feels as he begs to not be left alone.

The following song is “Side Effects” which features Cambodian-American singer, Satica. The song immediately puts the focus on Woosung’s raspy, cursive vocals and slowly introduces more instruments as the song progresses. Complete with harmonizing between the two artists and a guitar solo, the song embodies a very laid-back vibe. The theme of moths and butterflies is also clear throughout the track with lyrics like, “I know I’m not perfect but just stay the night / Flyin’ like a moth, so drawn into the light” and “I could be a butterfly beneath the sky / All I’ve ever known is in the same old cycle / And it’s got a tight hold.”

The third song on the EP is the title track, “Phase Me.” The title itself refers to the different phases of a moth’s life, which is why the artist chose “phase” instead of “faze.” The accompanying music video starts with Woosung in what appears to be an abandoned room, donned in a long blue studded coat, completed with white contact lenses, giving an almost thriller feel to the video. Within seconds, Woosung is joined by a group of dancers, and the video transitions as the lights dim to various scenes of Woosung singing. The mature music video is a stark contrast to Woosung’s previous solo discography but the hair-raising visuals paired well with the song, making it fitting to be the title track.

The final song closing out the EP is “Modern Life,” Woosung’s personal favorite, which he revealed during his Twitch stream. Woosung and fellow writer, Sweater Beats, were inspired to write this song by a picture book titled “Modern Life,” which playfully ridiculed modern life. A very celebratory anthem, the track lets loose with the lyrics, “on’t let the lights go out / Just let it shine bright, oh / So fuck this modern life / Don’t let the lights go out / Just let it shine.” Woosung also revealed that his upcoming tour shows would end with this track which is fitting, considering the uplifting message of the song.

Woosung used this EP to explore a new side of music. Sonically, this release is more mature compared to the rest of his discography. He will be performing these songs on his tour with stops all across Europe and North America.

Woosung has also confirmed that his band, The Rose, are planning a comeback. The members, Woosung, Dojoon, Jaehyeong, and Hajoon, are expected to release an album as Woosung revealed Moth will be his last solo endeavor before the band returns to the music scene.

Keep up with Woosung on his socials to get the latest updates on his tour and music. 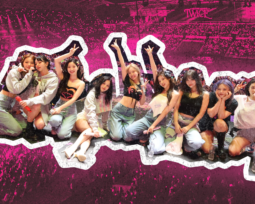 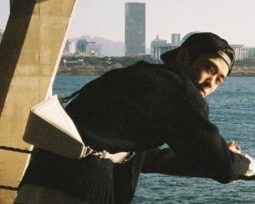