Now that it’s officially summer, many of us are ready for tons of sun, fun, and new shows to add to our binge lists. This upcoming June’s roster of K-dramas to air promise hilarity, suspense, and romance. Check out the seven K-dramas we think you should keep your eyes out for this season!

Based on a webtoon, this series centers on Oh Soojae (Seo Hyunjin), an ambitious lawyer renowned for being the youngest partner at a prestigious law firm. At the top of her game, it all changes one day when a case goes south, and she’s forced to repent by working as a professor at a law school. Here she meets Gong Chan (Hwang Inyeop), a student at the school who is quickly enamored with his new professor. Determined to return to her elite lifestyle she must now juggle between teaching, love, and a mystery that lurks in the background.

This latest fantasy drama explores the relationship between sous chef Kyehoon (Yeo Jingoo) and restaurant employee Dahyun (Moon Gayoung). When Kyehoon unexpectedly begins sharing his emotions with Dahyun, their newfound connection allows them to feel what the other is feeling. As the two struggle to adjust to sudden outbursts of emotions at inopportune moments, they can’t help but wonder if this link is the only reason their lives are so entwined.

Following season one’s heartbreak, this latest chapter of Yumi’s (Kim Goeun) life explores a possible new love connection with her co-worker Babi Yoo (Jinyoung). Inspired to chase after her dreams, she takes on new challenges every day. Understandably Yumi is hesitant to jump back into the love game, but she can’t help her growing attraction to Babi. Luckily Yumi’s cells are hard at work trying their best to steer their host to better days.

This webtoon-inspired drama tells the story of fish seller Gong Soo Gwang (Na Inwoo) who used to be full of good fortune. However, one day he fatefully meets Lee Seulbi (Seohyun), a bright girl who changes his life’s trajectory and, as a result, becomes extremely unlucky instead. His days often get especially bad after nights of dreaming about Seulbi. Seulbi, who was imprisoned for the past seven years because of her ability to see a person’s future, finally escapes and meets Soo Gwang who is less than pleased to see her again.

Jangwook (Lee Jaewook) is a seemingly level-headed young noble despite the consistent gossip of his scandalous birth secret. Behind his mask of indifference, he is actually a troublemaker fueled with mischief. Servant Mudeok’s (Jung Somin) body becomes inhabited by infamous assassin Naksoo. Naksoo is now trapped in a body physically weaker than the soul’s full potential. Despite being at constant odds with Jangwook, her master, Mudeok begins secretly training him.

The first half of the upcoming Korean remake of Netflix’s Money Heist (2017) reveals a cast and plot familiar to the original. In this fictional world, South and North Korea have unified and are producing a new currency. There still exists the underlying social issue that the wealthy continue to get richer and the poor, in contrast, continue to live in poverty. Criminal mastermind “Professor” (Yoo Jitae) is set on gathering a team and organizing a hostage heist claiming back the money for the poor in the Korean Peninsula as a modern-day Robin Hood.

Park Eunbin stars as the spunky titular character, Woo Young Woo in this upcoming legal drama. Young Woo is a genius rookie lawyer with Asperger’s syndrome. Despite being a certified brilliant scholar in undergraduate and law school— she finds herself less adept in social situations. Freshly graduated, she’ll have to learn to navigate both the professional legal world and build relationships with her new co-workers and friends.

As you patiently wait for the premieres of these upcoming shows, check out ACT!ON’s review of the recently completed show Tomorrow (2022) here! 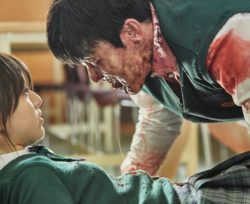 6 Upcoming K-dramas in the First Quarter of 2022 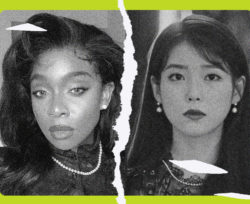 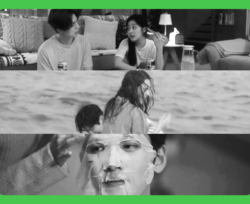