Recognized as a Chinese-inspired Korean dish, jajangmyeon appears in many forms of K-media ranging from film to K-dramas. With a rich story behind its localization, jajangmyeon highlights the story of Chinese migration to Korea in the 1900s. Through media now, it is associated with being the perfect convenient late-night snack expressed with incredible umami, and topped with a side of danmuji, also known as pickled radish.

As a result of the Imo Incident in 1882, Chinese populations started to grow in Korea. The Chinese-Korean population was known as Hwagyo or Huaquiao, with the majority of early migrants from the Shandong Province of China. Some were merchants, often selling imported Chinese goods to local Koreans to send income back to their families in China. However, others worked as farmers and laborers under Japanese rule until the end of World War 2 in 1945. As the majority of the jobs available in Korea were incredibly labor-intensive, early Chinese populations that resided in Korea were mostly male. New policies enforced by the North Korean government in the 1960s were discriminatory against the Chinese and foreign populations in Korea, limiting them to certain jobs. As they did not hold the same rights as Korean citizens, they were excluded from influential positions and were not allowed to seek jobs in the army. Hence, most became restaurant owners as a diasporic population residing in Korea.

Chinese restaurants were an economical option for both Chinese immigrants and the working class. As wheat flour became increasingly cheap due to US aid, jajangmyeon was offered at an inexpensive price and provided a strong feeling of satiety. Over time, the dish started to adapt to local taste preferences, steering away from the original fried sauce noodle, zhajiangmian (炸醬麵) which came from Shandong Province in China. Despite both dishes being noodle based, the sauce is where the main difference lies. Zhajiangman uses a thick, bolognese-like sauce made from tianmianjiang, also known as sweet bean sauce, while Jajangmyeon’s bean sauce is made with Korean chunjang. Although chunjang is also a fermented bean sauce like tianmianjiang, it contains an additional sweet component – caramel.

What’s in My Bowl?

Each bowl of jajangmyeon starts with a generous amount of long wheat noodles. In Maangchi’s recipe, her sauce consists of a mixture of julienned vegetables, pork, and chunjang. For flavor and texture, she uses a mixture of zucchini, potatoes, onions, and radish. Usually, root vegetables like carrot and radish are used to sweeten flavors and thicken soups in East Asian cooking cuisines, in particular Chinese and Korean. Also, as carrots and radishes are readily available while providing nutritional benefits, they are used in soups, notably in Guangdong cuisine.

While cooking the jajang sauce, make sure to stir-fry all the ingredients first. Most importantly, take the time to fry the Chunjang to bring out the caramelized flavor. Allow the dish to then simmer over medium-heat until the root vegetables are cooked through before adding a starch slurry mixture to give it the thick finish. Lastly, when putting your bowl of noodles together, make sure to top everything off with some freshly chopped cucumbers for an extra boost of texture and freshness to cut through the rich jajang sauce!

A Love Letter to Singles

In South Korea, there are four notable days dedicated to romance: Valentine’s Day on February 14, White Day on March 14, Black Day on April 14, and Pepero Day on November 11. Originating from Japan, White Day comes a month after Valentine’s Day, and is the perfect time to respond to gestures performed on Valentine’s Day. Similarly, Pepero Day started in the 1980s before it was picked up by a marketing team to celebrate a day of love. With the written date of November 11 resembling the long, slender sticks of Pepero, it is a day to celebrate sweets and love! While Valentine’s Day, White Day, and Pepero Day celebrate love and love confessions, Black Day is for celebrating solo-ship. On Black Day, singles gather in black clothes while eating black foods, in particular, jajangmyeon! Jajangmyeon provides the perfect comfort to those who aren’t currently in relationships, especially with its nutritious qualities. Comfort and nourish yourself with a warm noodle dish like Jajangmyeon that’s packed with vegetables.

Now, with food deliveries being so convenient, jajangmyeon is an affordable option to students! As featured in multiple K-dramas, jajangmyeon is often eaten as a fast and cheap meal. Although making Jajangmyeon itself is no time-friendly task, it does not take a lot of utensils to eat! With just a pair of chopsticks, make sure to mix your noodles well to allow the sauce to fully combine with the noodles.

Interested in more foodie content? Check out our article on how food is a shared language in media here!

Why Are We So Obsessed With Food in Media? 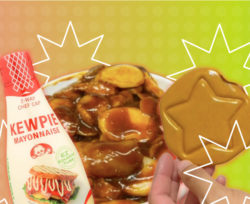 Recap of 2021’s Most Viral Recipes on TikTok 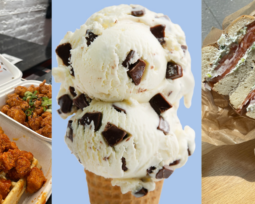 11 of Our Favorite Places to Eat in Manhattan