TOMORROW X TOGETHER have been a force to reckon with since 2019. In two full-length albums, three mini-albums, a repackaged album, and various singles, Soobin, Yeonjun, Beomgyu, Taehyun, and Huening Kai have explored a variety of sounds throughout their discography. With title tracks ranging sonically from bubblegum pop to pop-punk, TXT continue to prove that they are not confined to one genre of music. However, TXT’s title tracks only begin to scrape the surface of how unique and detailed their songs are.
In honor of the upcoming release of TXT’s fourth mini-album, minisode2: Thursday’s Child, EnVi has come together to share our favorite B-sides.

Released in 2019, “20cm” is the seventh song on TXT’s first full-length album, The Dream Chapter: MAGIC. Produced by Jordan Kyle and Hyuk Shin, who previously worked on EXO’s “Growl” and Girls’ Generation’s “Romantic St,” the track incorporates a mix of a 90s slow R&B genre with a piano instrumental and a sentimental melody. The lyrics reminisce on a coming-of-age story and exhibit a more mature side of the group, as they explore the aspects of your first love. “My feelings have grown/ I keep them contained, but they keep/ Jumping ahead on their own (One handspan away)/ You don’t even know (We’re 20cm apart),” they sing.

“Frost” closes TXT’s latest album, The Chaos Chapter: FREEZE, released in 2021. The hyper-pop song includes an electric guitar sound with an intense melody and heavy bass, maintaining the album’s energy. The music video of the track, which was released four months after the album, incorporates diverse fantasy elements and is part of HYBE’s original webtoon story The Star Seekers based on the group. The story follows an idol group with magical powers, once a mysterious enemy appears, the members are involved in protecting the world from an unknown threat. The lyrics allude to the webtoon’s  storyline, representing the inner conflicts of the protagonists as they try to understand their fate. TXT’s oldest member Yeonjun is credited among the track’s songwriters, alongside HYBE’s executive producer “Hitman” Bang (Bang Shihyuk) and singer and songwriter Ashton Casey (Ashnikko).

“Maze in the Mirror”

On their second mini-album The Dream Chapter: ETERNITY, TXT showed a more vulnerable side of themselves with the track “Maze in the Mirror.” The pop ballad mixes a soft guitar melody with piano and bass sounds. In the emotional song, the group opens up about their difficult times as trainees, exploring the feelings of loneliness and desire for someone to continue believing in them. “At the end of the maze/ Across the mirror over there/ Please find me please/ Please don’t give up on me” they sing. TXT members took part in writing the lyrics and Beomgyu helped co-produce the track alongside HYBE’s in-house producer Slow Rabbit, who has contributed to several BTS tracks such as “Like,” “Butterfly,” and Jimin’s “Serendipity.”

When asked about the process behind working on the single, Beomgyu told Billboard, how the lyrics reflected on his own experiences as a trainee. “Personally, I had been under a lot of pressure to do well because I joined the company later than the other members did,” he said, “What I felt then was, as I was practicing singing and dancing, I started to see somebody else from my own reflection in the mirror. It didn’t seem like the “me” I used to know. I felt like I was trapped in a maze. That’s how “Maze in the Mirror” came to be.”

“Blue Orangeade” is the first track on TXT’s debut album, The Dream Chapter: STAR, released in March 2019. The ubeat pop song and playful choreography perfectly capture the energetic feeling of the album. It is clearly a meaningful song to the group as they performed it live in 2020 to celebrate their debut. The lyrics represent the phrase “opposites attract”, as the song states that it is actually difference that makes a relationship work. “We’re the complete opposite/ That’s why it’s even more special,” maknae Huening Kai sings. Swedish Producer duo, Moonshine, are amongst those credited for the writing and production of the track. They have produced other K-pop songs including Red Velvet’s “Peek-A-Boo” and Twice’s “Dance The Night Away.”

On their second mini-album, The Dream Chapter: ETERNITY, TXT included the remake of Light and Salt’s song, “Fairy of shampoo.” The title was kept the same and some of the original lyrics remain in the track. However, the song still remains distinctly TXT. During the group’s media showcase, member Yeonjun explained, “We tried to interpret it in our own way.” He wrote the lyrics to the added rap verse, which still captures the dreamy nature of the song: “A feeling that can’t be explained in words/ Feel like I’m walking above the clouds.” The production was altered slightly by the addition of a trumpet in the instrumental, making it jazz-pop. The producers include two Big Hit legends, EL CAPITXN who helped produce BTS “Respect” and Slow Rabbit who produced BTS Jin’s “Epiphany.”

In the fall of 2020, TXT released their third mini-album minisode1: Blue Hour, with an array of tracks showcasing a deeply sentimental side to the quintet. “Ghosting” is the first song to greet listeners on the pastel-covered EP with an introduction fitting for a coming-of-age film. Despite the dreamy sound of the indie-rock-influenced track, the lyrics tell the story of watching someone you care about disappear out of your life without any explanation. The clever nod to social media posts, hashtags, and text messages left unread throughout the song prove that it is deserving of being named after the pop-culture term. EL CAPITXN is credited as the producer of the track, as well as a songwriter along with others including TXT’s Soobin, Taehyun, and Huening Kai.

According to Huening Kai in an interview for Weverse Magazine, “Dear Sputnik” began as a creative experiment in song production and ended up making its way onto TXT’s second full-length album, The Chaos Chapter: FREEZE. With guidance from EL CAPITXN, the two produced the entire track together. They are both also credited as songwriters, along with others including Taehyun and “Hitman” Bang. “Dear Sputnik” has a heavy rock and pop-punk influence with intense rhythmic drumming, guitar riffs, and raspy vocals that can be heard throughout the entire song. The lyrics describe the cold sensation that accompanies loneliness, until finding someone who was meant for you, resulting in an unwavering warmth. “A single warmth and frozen hands/ The moment we hold each other, everything melts (down)/ You are my orbit/ You’re my one and only,” is belted at the top of Taehyun and Huening Kai’s lungs–encompassing the fierce love in the track with their voices.

The soft, breezy song “Our Summer” is the third track of TXT’s debut EP, The Dream Chapter: STAR. The synth-pop song has the bright energy of youthfulness amid its tropical sound. It leans heavily into its imagery, with descriptions of an “ivory Milky Way,” “blooming gold season,” and a “flood of blue waves.” TXT’s warm, silky vocals bring the listener through this sensory escapade of a summer filled with love. The chorus’ harmonious layering of the members’ voices sings a sweet tale about the togetherness of summer. After the release of the EP, the song was accompanied by a music video released four months later, capturing TXT’s summer together in New York.

“Anti-Romantic” introduces a bit of edginess to TXT’s discography. The R&B song is the first track on the group’s second full album, The Chaos Chapter: FREEZE. With inklings of apathy and a bitter undertone of angst, the song explores a struggling love with the eventual decision to strip away emotions from the relationship entirely, believing doing so will be easier. The line “sorry I’m an anti-romantic,” and the song’s relatable message brought “Anti-Romantic” to virality on TikTok. Since its inception, the song has been used over 200,000 times on the app in a fan-created dance challenge to the song’s steady drum beats. The mellow track was written by a number of prominent artists, including Salem Ilese, an American singer-songwriter, who later released the song “PS5” with TXT and DJ Alan Walker.

With such an eclectic discography, there is no telling what TXT’s future has in store for them. For now, we can expect a more brooding and mature side of TXT with minisode2: Thursday’s Child featuring alternative-pop, R&B, and rock influences that can be heard in their album preview.

For more on TOMORROW X TOGETHER, check out our recap about their very first world tour announcement here! 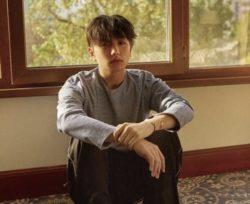 Sam Kim Has New Horizons in Sight With “Smile” 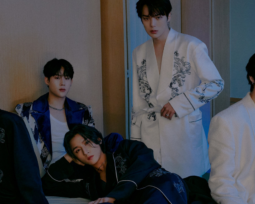