Toronto and Montreal-based artist Lan Florence Yee confronts diasporic identity loss within North America. Through works that represent restrictive belonging from labor, language, and family, they draw out the grievance that remains deeply rooted in the Asian diaspora. Working as a visual artist and serial collaborator in Toronto and Montreal, they re-invent boundaries between text and public spaces. Their works have been presented in notable gallery spaces such as The Museum of Contemporary Art, The Art Gallery of Ontario, The Textile Museum of Canada, and the Gardiner Museum. Inspired by lived experiences and the stories of those around them, Yee continues to delve further into the memories that make up the diasporic experience.

In an exclusive interview with EnVi, Yee sat down with us on Zoom to elaborate on their upbringing, text as an art form, and break down several of their artworks, including “A Language Not In Denial of Longing” and “Seeking.”

Since they were brought up in Montreal and primarily spoke French, Yee’s proficiency in this language is undeniable. However, due to their outward appearance, Yee has come face-to-face with encounters that have shaped their internal ideas on creating art.

One of these experiences occurred during their first rehearsal exhibition in 2016 in Ottawa, Ontario. While we spoke, they relayed an encounter with a man who became critical to this story. Upon greeting this man, they were met with uncomfortable conversations and casual microaggressions that have deeply-rooted histories. The gallery laid out red stickers that were to mark sold art pieces and onto notable works that visitors found intriguing. However, the man jokingly marked Yee with a sticker on their chest. This moment spurred Yee to ask questions about their self identity and history, which began to take precedence in their art and thoughts.

“I didn’t have a language for it at the time, but I thought about all of these histories, like sexual exploitation and historical military conquests that make up the Asian experience,” Yee said. “To be able to be joked about as an object of an exhibition rather than a person was one of the many things that led me to explore art more.”

Yee also was deeply moved by Indigenous professors and the nuances of cultural identity. Stories shared about intergenerational illnesses and family history encouraged Yee to look into their own family history. These layers of curiosity assisted Yee in conceptualizing bodies of work about export experiences. By shifting their thinking from focusing on internal conflict to shaping external ideas, Yee was able to question their understanding of the world through art. “How am I able to position what I know now in a compassionate way that allows for other people to want to be curious about themselves?” Giving viewers a space to reflect, they believe in the agency of viewers to engage with and project their own ideas onto a piece of art.

A Language Not in Denial of Longing

Yee embodies the unresolved nature of interpersonal relationships by confronting the difficulties that coincide with migration, disconnection, labor, and queerness. Their text-based project titled A Language Not in Denial of Longing (2020) focuses on labor as an oppressive necessity within the Cantonese diaspora. Looking at the cultural practices that were abandoned through assimilative practices in Canada, Yee created a book which transcribes lived experiences.

Yee finds a voice through the “unimportant” topics of interest by conducting interviews outside of a journalistic context. “They kind of linger in a way that feels itchy, and that to me has been the crux of my practice. Kind of going through each year’s questions rather than gaping wounds,” they said.

Longing to connect with cultural roots which are not tactile, Yee acknowledges the language barriers which may pose as unfamiliar to migrants. “Due to their histories of displacement, it makes it really hard to communicate in a new language. But also, the less you say, the less you will know, the less pain will be dwelled on in their minds.”

Yee pushes past these generational barriers in their art, with the intention of opening up these unresolved stories to wider audiences. As stories remain untold through migration and assimilation practices, only so much can be said because of a language barrier. As those in the diaspora find themselves split between a cultural, national, and ethnic identity, there is a lack of knowledge on reconnecting with the unknown.

“Longing is embedded through linguistic, cultural, emotional, and familial practices. They are not given the language to be able to take part in these practices,” Yee said. This unfulfilling disconnect is paired with the artwork’s title, A Language Not In Denial of Longing. As migrants are faced with language barriers and diasporic individuals lack resources, the divide grows stronger.

Seeking (2021), meanwhile, interrupts public spaces and functions to capture the attention of passersby. The series of playful advertisements exists in physical and digital formats and seeks to engage with active communities. Displayed across cities, the short and concise posters allude to recurring discussions within the diaspora. Yee was inspired by Nadia Myre’s “Want Ads,” in which she spray painted slogans seeking personal connections in the streets of Vancouver in the 1990s.

Taught by Myre’s in their undergraduate years at Concordia University in Montreal, Yee had known about her art prior to the class. “She was not a person of many words, but I felt that she really wanted to be kind of a benevolent mentor figure in her students’ lives,” Yee recalled.

Drawn to her techspace work in the 1990s, Yee admired the poetic language which described mundane actions. Rather than creating art that may be deemed as incomprehensible to wider audiences, Yee was touched by efforts to include all as part of a viewing experience.

“I don’t feel like it is too alienating to people who are just walking past it, because it reads as just a little bit uncanny so that you stop to see it, but is not illegible,” Yee said. Displayed throughout all public spaces, Yee interpreted Myre’s into their own style of art. This longing then switched into an idea of seeking for Yee through community ads and posters.

As language and tone remain consistent themes throughout their works, Yee alluded to discussions about seeking community, tradition, memories, feelings, and justice. Interested in community ads and the language of handwritten sharpie posters, they sought to curate conventional spaces for introspective thoughts. “I’m so interested in signage because they’re so ubiquitous and we’re trained to obey it. So taking that language of the public space and what we’re used to taking for granted, I wanted to play on expectations,” Yee said.

It was necessary to have these be set in public spaces rather than curated spaces. “The fact that I purposely didn’t leave any sort of number that you could tear off, there is no exact way to respond to the piece,” Yee begins. “So what it does is give back an agency to the people that view the work to do what they want with it.”

Above all, Yee wants viewers to give back to themselves in innovative ways. By making a piece that feels like an idea of safety, the ongoing poster series constantly evolves as a response to urgent social and interpersonal issues. For either viewers or Yee to find these answers, they open discussions about what should be done about this lack. “I think there’s a lot of big moments where there is no concrete or given way of responding to it, but hopefully it can be a larger question that stays with the viewer,” Yee said.

Yee is currently working on a large project titled Tangerine, drawing inspiration from Yoko Ono’s Grapefruit. The book was a set of instructions and performances that Ono would propose others to do. These artworks parallel one another as both set the viewer as an active participant. Printing several booklets which all incorporate text-based imagery, these playful and unresolved issues take on humorous undertones.

Through art, they seek to find balance and are actively working on finding a more gentle tone within themselves and others. “I see my work going wider and quieter. Not in a sense, like speaking, but someone told me my work was muted and desaturated. I often think about how much I want to be more of an echo rather than a loudspeaker,” they said.

They also define the differences between prose and poetry during our conversation:  “I think the biggest difference for me is that I don’t ever think of the work as being something that is said out loud. It is something that is just read in your head and stays there.”  Though Yee uses words and language in their art, there are added elements such as how it interacts with visual signage and public spaces. Taking spatial awareness into the question, Yee comes to define their work as “site-specific poetry.”

Yee’s work directly challenges the intergenerational problems of the Asian diaspora through their innovative art. With cultural materials and discourses about identity, sexuality and culture, their work pushes for change and the difficult conversations that may arise when confronting the migrant experience.

If you want to see more of Lan Florence Yee’s artwork, check out their website and Instagram. 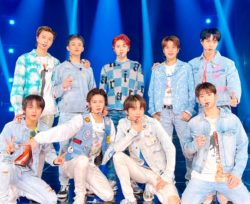 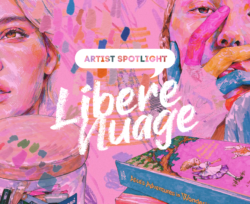 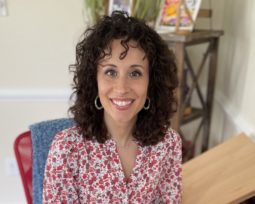 Hallyu! The Korean Wave Opens at the V&A Museum