Members Jinhwa, Chris, Sya, Juhan and Wooju took part in writing the lyrics for lead single “Hit The Bass,” a hip-hop track that combines strong vocals and rap verses with a memorable hook. Leader Jinhwa explained during their album press conference that the song’s theme takes inspiration from the animated-film version of Ali Baba and the Forty Thieves, a folk tale from the story collection One Thousand and One Nights.

Filmed in Pakistan, the music video is based on the song’s folktale concept, which is further explored through the cultural aspect of the video. From the majestic palaces, antique buses, and cultural sites, to the refined dance sequences, the music video is visually striking.

Starting the album with “SLIDE,” BLITZERS embark on their journey. With calming aquatic sounds and the opening line, “Time’s up baby, let’s get ride,” the members invite their fans, BLEE, to join them, promising a wonderful time. The sweet song is a call for fans to put their trust in BLITZERS along the ride. The upbeat, magical-sounding track opens the album on a bright note.

Following up after “SLIDE” is the rap-heavy hip-hop track “Win-Dow.” The group’s rapper, Sya, took part in writing the lyrics for this flashy B-side. The track opens with the sound of glasses being clinked to produce a beat with a trumpet-like synth building up the energy. Suddenly, it slows down, sounding much more like a hip-hop track with an intense bass, kick, and snare. As the members rap about living a flashy lifestyle, the beat suddenly switches back to the original instrumental from the beginning.

A fusion of rock and pop elements, each of the members’ voices blend well in singing about blissfulness and tranquility in “Love is New Gravity.” Go_U’s part, “In a moment, bang! A red apple falls right into my heart Now! Let’s think about the reason my heart is beating so fast,” illustrates a love that is new, brewing unexplainable but destined feelings.

“HAPOOM” opens up with soft guitar strums. In a laid-back tune, the song contains steady clapping as the members’ warm voices cover the track. The members sing about running out of time and their strong desire to just begin on their journey. As the song nears its end and the member’s voices fade out of the track, simple guitar strums close out the track.

A vast contrast from the previous tracks, “Gradation” wraps up the album on a somber note. The track opens with a slow piano complemented by a gentle bass. The members seamlessly showcase their vocals as they sing about a love that they believe can last in the midst of various changes, as the title suggests. The song evokes the desperation of an all-consuming love, particularly when Wooju sings “I’ll drown for you, drown for you.”

Along for the Ride With BLEE

Just a year past their debut date, BLITZERS have not slowed down a bit with a six-city US tour and two EPs under their belt. WIN-DOW is a new addition to their impressive palette, as the group explores new sounds and uncharted territories. For the making of the album, the members traveled to Dubai, Paris, Pakistan, and more, as revealed on their Instagram. It is a wonder where they will go next. Along the way, and with this album, BLITZERS bring BLEE alongside on the promising journey.

Want more BLITZERS? Check out our interview with them here! 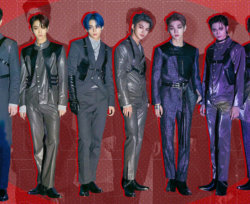 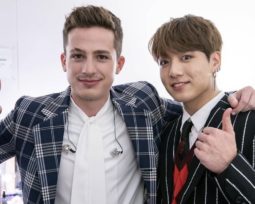