Following the refresh of its brands, HUGO and BOSS, the fashion group HUGO BOSS has released two star-studded fashion campaigns. While HUGO presented #HowDoYouHUGO, BOSS tapped a group of superstars for the Spring/Summer 2022 #BeYourOwnBOSS campaign. Among others, the A-list cast features models Kendall Jenner and Joan Smalls, rapper Future, and the South Korean actor Lee Min-ho.

“We are absolutely thrilled by this amazing cast for BOSS,” Daniel Grieder, CEO of HUGO BOSS, explained in a press release. “The talents and personalities of the campaign perfectly embody what a boss stands for today.” Additionally, it was revealed that the campaign will be activated worldwide across all consumer touchpoints, leading with social advertising in 35 metropolises.

Familiar with the fashion scene, Lee Min-ho is partaking in BOSS’ historic rebrand. The actor, who made his breakthrough in the popular drama, Boys Over Flowers (2009), is one of the most popular television leads in his home country. Award-winning actor, model, and businessman, Min-ho flaunts a strong social media following and is often labeled as one of the faces leading the Hallyu Wave.  Meanwhile, in the world of fashion, he is considered a favorite of luxury brands. From front rows to magazine covers, the actor has proved through the years his influence in the industry. Starring in his first global campaign for BOSS, the superstar is marking a new milestone in his international career.

The Stars of BOSS

In addition to Lee Min-ho, #BeYourOwnBOSS tapped the German runner Alica Schmidt who represented her country at the 2020 Summer Olympics. The campaign also features British boxer Anthony Joshua, a two-time world heavyweight champion, who has held the WBA, IBF, WBO, and IBO titles for the last 3 years. Likewise, the Italian tennis player Matteo Berrettini, who also attended the 75th annual MET Gala, is cementing his role as a fashion power player with a new BOSS campaign. Other stars coming together for #BeYourOwnBOSS include the models Kendall Jenner, Hailey Bieber, and Joan Smalls, as well as the American rapper Future, and the TikTok star Khaby Lame.

#BeYourOwnBOSS is part of a 360-degree rebranding for BOSS. With the premise of showing a bolder and more contemporary side, the brand is introducing new aesthetics, “younger, more global, more playful, and more casual.” As the launch of #BeYourOwnBOSS also includes podcasts, behind the scenes, stories, and reels, there’s plenty of content to look forward to. If you don’t want to miss out, be sure to follow Lee Min-ho and BOSS on social media. 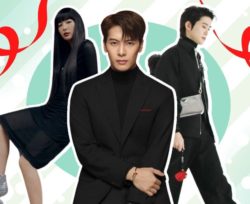 5 Fashion Holiday Campaigns We Can’t Get Over Yet 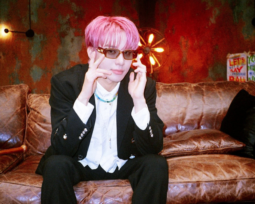 Kim Jungwoo: A Model in the Making