On February 22, NMIXX, JYP Entertainment’s newest K-pop girl group, debuted with a bang. After months of teasing members and revealing the dreamy sea concept, NMIXX have released their first single album, AD MARE. It has four songs in total: “O.O,” “TANK,” and their respective instrumental versions. The seven-member group also released a music video for their lead track, “O.O.”

“TANK” highlights NMIXX’s capabilities as artists. It opens with a deep bass guitar and the members boasting their strong vocals until the septet chant their chorus. In the background of the chorus, the vocals sound like a haunting hum.

The music is intense and doesn’t change much until LILY slows the track down with a chilling falsetto over a piano. This leads into a final chorus that takes “TANK” back to its original tune and a slow outro without any vocalizations. Compared to “O.O,” this song has more of a conventional song structure.

NMIXX’s lead single “O.O” is a song that matches the group’s name well. Their name is a combination of “N” meaning “new” or “unknown variable” and “MIX” meaning “variety.” The track is a new style for JYP artists—very unpredictable and seemingly a mix of various songs. “O.O” keeps listeners on their toes with its unique flow.

NMIXX open their debut single with a striking rap easing into strong singing and a repetition of the Spanish phrase “baila,” or dance, in English. The instrumental sounds like a dance track with heavy bass, percussion, and trumpets.

The song suddenly pauses. Then, the girls scream “NMIXX!” and a new rock-infused pop section begins. It is a lot brighter than the original song. Once “O.O” returns to how it started, the outro feels like the climax. The final chorus begins and the girls belt their way out of the track.

The music video for “O.O” is nothing short of captivating. Similar to the song, the video is also unpredictable. It starts off with a shipwreck scene before the girls are shown in a city and warehouse. They look around as though they are being watched or followed.

Tons of giant wall-sized dominos appear like obstacles. LILY pushes dominos on a table and the giant dominos begin falling in the video. KYUJIN then tackles the dominos head-on and falls on the ground. The scene changes with the sudden shift in songs, and KYUJIN is out of the alley and on the floor on top of the door of a cafe.

NMIXX trade their edgy outfits with puffy tulle dresses and it is suddenly daytime. There are many luminescent sea critters floating inside and outside. The next scene features them in more casual clothes on blocks of land in the sky. When the song returns to the more intense music, the scene returns to its dark atmosphere. It appears they are being followed by floating cars.

The overall progression of the song feels like a dream. There are various seemingly unconnected events that are combined to make a cohesive storyline. If there’s one thing tying it together, it is the water-related imagery from the ship to the sea critters. This water imagery relates to the album name since “ad mare” is a Latin phrase for “to the sea.” The dreamy vibes stem from their dream concept that was introduced in their past teasers. Their video teaser illustrated dreams’ ability to make the impossible possible, or at least jellyfish fly in the sky.

What’s Next for NMIXX?

NMIXX debuted with two vastly different singles in AD MARE. The seven girls got to show off their rapping, singing, and dancing through “O.O” and “TANK.” With such a striking debut, it is only natural that NMIXX will start their career with many promotions.

Before their debut this week, NMIXX were revealed to be the models for DAZED KOREA latest pictorial. Additionally, NMIXX guested on the variety show Weekly Idol, where they got to perform covers and display more of their talent. Their episode is set to air on February 23. For fans, they have started the #OOChallenge on TikTok. Through a brief video, they invited fans to dance to their lead track’s choreography.

This is just the start, and NMIXX certainly have plenty more surprises for fans in the coming days. Be sure to keep an eye out for their future projects on their Twitter, Instagram, and YouTube channel.

Want more on NMIXX? Check out our piece on their first teasers here. 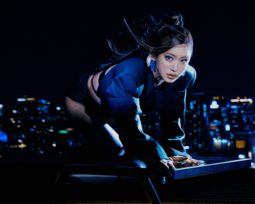 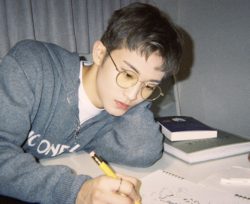