Stealing the Show at NYFW

Two days before the show, Dahyun hinted at her attendance at New York Fashion Week when she arrived at Incheon airport in head-to-toe Michael Kors. Dahyun looked runway-ready in a monogram double-breasted trench coat and knee-high boots. To complete the look, she carried a Parker Messenger Bag, Michael Kors’ latest on-the-go bag inspired by New York City’s own Empire State Building. The singer flaunted the outfit on Instagram, confirming fans’ suspicions when she tagged the American label in her caption.

Once in New York, the K-pop idol dropped jaws as a front-row guest at Michael Kors’ show, which took place on September 14. At the event, Dahyun shared the spotlight with the likes of Anne Hathaway, Anna Wintour, and Christinna Kuan, dressed in an all-black look. Encompassing New York City’s sleek and chic fashion, her sequined Little Black Dress sparkled as she smiled and posed for onlookers. While the cut-out detailing on the dress and matching black purse elevated the outfit, a simple black manicure tied it all together.

During her trip to New York, Dahyun made multiple social media posts wearing pieces from Michael Kors and was even spotted alongside the iconic designer. In an aesthetically pleasing Instagram carousel, the star posed in front of the sunset, sporting a long-sleeved, monogram-printed dress, and matching sneakers. To add a pop of color to the otherwise monochromatic look, the rapper showed off the Parker Crossbody Bag in its royal pink colorway.

In addition, in a move very on-brand for TWICE’s resident queen of variety shows, Dahyun danced along to her part in TWICE’s latest release “Talk That Talk” while brushing her teeth on a livestream. And yes, she was wearing Michael Kors while doing so.

Dahyun’s ventures in New York as part of Fashion Week turned heads and left ONCE excited for TWICE’s future fashion endeavors. And while fans are excitedly waiting for whatever is down the pipeline for the members of TWICE, the fashion industry already witnessed how Dahyun’s liveliness rendered youthful, fun energy to a classic American label. 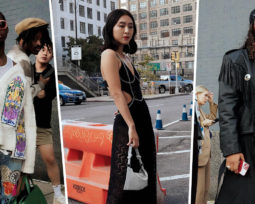 Fendi Celebrates 25 Years of the Baguette Bag in New York 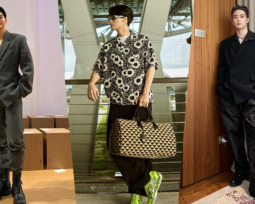 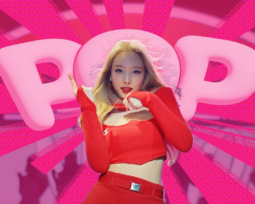