aespa, K-pop’s first metaverse K-pop group, has had a successful year in terms of music and brand collaborations, cementing their path as global artists. aespa is undoubtedly a hot topic in music thanks to their sweet combination of music, mixed-media storytelling, and technology. Their last single, “Dreams Come True,” debuted at #10 on Billboard’s Hot Trending Song Chart and charted on numerous Korean streaming platforms. In order to better understand the hype around aespa, it is important to understand the storyline so far and where they fall in the greater SM Culture Universe.

The four members of aespa inhabit our world and occasionally SYNK (sync) with their digital avatars, their ae-aespa counterparts. Their digital counterparts are made up of data from their digital footprint. The SYNK is new but not unwelcome, according to their debut teasers. One day, this connection between the two groups is lost, and aespa takes it upon themselves to find out why.

It is none other than the Black Mamba who has turned ae-KARINA bad and disrupted the SYNK between the worlds. Sound familiar? “Black Mamba” is the title of æspa’s debut song, the first installment of their story. To restore the connection, the four members enlist help from Naevis, who acts as a gatekeeper for the worlds and allows aespa to enter the digital space.

And thus begins their pursuit to go into the “Next Level.” This single serves as a battle cry as they march towards the Black Mamba’s home, the KWANGYA, ready for combat.

Their “Savage” era begins as aespa reaches KWANGYA in search of the Black Mamba. Midway through the video, there is a flashback of the girls going from the luminescent world of the FLAT through a portal to KWANGYA. Here, NINGNING acknowledges Naevis’ “sacrifices” and vows to help restore her memories and “meet after the resurrection.”

The ruler of the KWANGYA, however, poses a serious threat as it makes the four girls hallucinate. WINTER, NINGNING, KARINA, and GISELLE are bold, taunting the serpent to “get me, get me now.”

The Fall of aespa?

There is no doubt that aespa’s concept draws inspiration from The Bible. They use snake and tree imagery in most of their music videos— a nod to “The Fall of Man.” The biblical tale describes how man is tempted to eat from the tree of life by a snake and thus unravels a new evil throughout the world.

So, what does this say about aespa? There are different approaches. The quartet visits KWANGYA to restore SYNK and save their ae-counterparts. KARINA’s ae appears to have been lured by darkness and hacked in the SMCU video. Could she be Eve tempted by the Black Mamba? That is possible.

Eve can also represent aespa, who defy the norm and enter the digital space to satisfy their desire to connect with their avatars. Would the snake then be Naevis, who connects the octet to begin with? That’s possible too. Due to their exploration of the digital space, they are corrupted like a virus and hallucinate as seen in “Savage” and their “SYNK DIVE” teasers. Perhaps that represents the evil that befalls man.

In the first case, naevis would be a Jesus-like figure who sacrifices herself for aespa to save the day. The latter suggests that the Black Mamba, in a twist of events, is the savior. This is where aespa’s other lore-inspiration can help unpack the plot.

Does Neo Got æspa’s Back?

In addition to their biblical imagery, aespa also draws inspiration from the hit movie series, The Matrix (1999). Their “next level” tech-heavy storyline alludes to the ability to exist in the digital spaces, the FLAT and KWANGYA.

Part of protagonist Neo’s journey is disrupting the status quo and trying to free people from the rule of machines until the end of the third movie. Spoiler alert, Neo does exactly what you would not expect. He sacrifices his freedom and reenters the simulation with the help of the leader of Machine City, the Deus Ex Machina—the inspiration behind Black Mamba’s snake eye tech form.

Perhaps aespa’s battle with the Black Mamba is similar. During their trip to save their hacked ae, the girls go to KWANGYA with the help of Naevis, who goes out Neo-style and sacrifices her memories for them to enter the digital realm. In “Savage,” they claim she needs to be resurrected—a direct reference to the latest 2021 film, The Matrix Resurrections. During this trip to the digital space, aespa faces hallucinations and engage in battle with Black Mamba.

But, is the Black Mamba really bad for returning their avatars where they came from and maintaining the schism between the real world, FLAT, and KWANGYA? Or did they get summoned to a simulated world for other reasons?

Plot aside, aespa’s visuals for their debut album draws from the iconic scene in The Matrix where Morpheus first pulls Neo back into the simulation and into the white room.

Their outfits a mix of code and electricity patterns, aespa is pulled into hallucinations upon entering the simulation. At this point, it is unclear whether they remember their purpose or not. This is similar to Neo’s realization that he is in a simulation— he first realizes he is brainwashed before he can tackle the issue of being submerged in a computer.

With an awakening, does this imply aespa enters a state of unconsciousness to first enter KWANGYA? If so, this opens up the possibility of aespa being in the same simulated reality NCT are in. NCT’s path to KWANGYA is consciousness and unconsciousness. Hackers, glitchers, and otherworldly world space cowboys, NCT play various roles with their large cast.

Perhaps, the real “bad guy” is not the Black Mamba, but the KWANGYA itself? The Black Mamba can seek to regulate change like the Deus Ex Machina, whereas the KWANGYA, the simulation itself, beckons people into it like a spider luring prey into its web. This would open the opportunity for both global groups to collaborate now that NCT 127 are in the simulation in “Sticker,” WayV can freely enter and leave on the “Low Low,” and NCT DREAM appears to be on “Glitch Mode” in the digital space.

What’s In Store for the SMCU?

It is no secret that Lee Sooman sought to create an epic label-wide storyline with his creation of the SM Culture Universe. Artists across SM Entertainment met at KWANGYA in the 2022 SMTOWN LIVE earlier this year. aespa specifically collaborated with various artists for stages of their songs on the SMCU EXPRESS, SMTOWN’s 2021 winter album, and with a new girl group project, Girls On Top.

With new collaborations out and overlapping plot points in their lore, aespa will certainly develop their story in upcoming projects. They may even explore more ways fans can enter the metaverse with them like they previously did with their P.O.S version of their album.

Want more on the SMCU? Check out our last breakdown of how NCT 127’s “Sticker” comeback relates to the universe here. 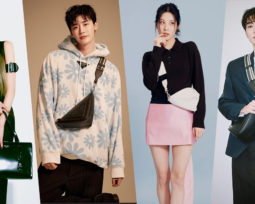 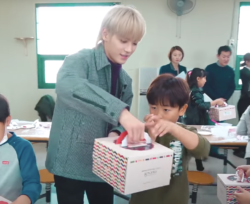