Over the past few years, K-pop fans have also gotten into the Coachella craze thanks to Epik High and BLACKPINK performing at the festival. Just this year, more K-pop and Asian acts have also had the opportunity to take the stage through Asian music collective 88rising. 88rising’s Head in the Clouds Forever festival has given us the privilege to see performances from BIBI, Jackson Wang, and even 2NE1 with their much-awaited reunion. And as announced earlier this week, aespa is the newest addition to the roster of K-pop acts at Coachella.

When we’re talking about the fourth generation of K-pop, it is impossible to leave aespa out of the conversation. As an unparalleled leader of the new generation, the girl group has been taking things to the next level since their 2020 debut. With chart-topping hits and numerous brand endorsements domestically and internationally, aespa will find their way to slither into the hearts of fans anywhere and everywhere.

Though, if they still somehow haven’t slithered into yours, no worries! Team EnVi has prepared a selection of song recommendations from the quartet that could be right up your alley, depending on the artists (who are also performing for this year’s Coachella!) you already listen to.

Grammy-winning songstress Billie Eilish is definitely a force to be reckoned with. At the age of 20, she’s one of Coachella’s headliners this year. Eilish’s music touches on a wide range of topics across love, loss, and identity, and her discography is distinguished by her haunting vocals. Plenty of Eilish’s songs are perfect for whenever you’re sick of something: heartbreakers, fair-weather friends, or the world as a whole.

A great example of this would be her single Therefore I Am from her latest studio album, Happier Than Ever. The song embodies a cool, cutthroat demeanor that talks about sparing no time for people who use Eilish’s name for their own benefit. A feeling of vengeance is hinted at as the artist brings this song to life, making it apt for days you’re just done with everyone around you.

If this is something you find yourself liking, then you’ll probably love aespa’s I’ll Make You Cry as well. While this song’s definitely much louder compared to Eilish’s usually mellow discography, the attitude the girls bring is just as cutthroat. I’ll Make You Cry is a high-energy EDM song that conveys aespa’s vows to make a lover who has betrayed them, well, cry. With these two powerful female artists, it’s safe to say that revenge is best served with a hefty serving of feminine rage.

We heard from a friend of a friend that Doja Cat’s a ten out of ten! The newest pop princess has been dominating the scene, if her constantly trending songs and Coachella sub-headliner status are anything to go by. While her top hits are high-energy electronic pop songs with addictive verses we can’t help but rap along to, Doja Cat is known for her musical versatility. Her roster also includes slower, swoon-worthy songs with her alluring vocals. One such song that embodies this would be Love to Dream, a space-age pop and R&B ballad track that conveys a wistful, fantasizing mood while reminiscing an ex-lover she felt she could’ve treated better.

Yearning for someone’s presence or simply looking for songs that have the same energy as the softer side of Doja’s discography? We think you’d love aespa’s Lucid Dream. The closing track of the group’s debut album is aespa’s take on dream pop and R&B, which lets us hear the girls look and yearn for their disappearing lover even in their dreams. In the SYNK DIVE: aespa ‘Savage’ Showcase, it was revealed that Lucid Dream was the quartet’s first love song. If their songs of this nature are just as dreamy and melodic as this one, then we’re certainly looking forward to more love songs from them!

Hotties, rise up! Megan Thee Stallion has consistently been bringing the heat by exuding confidence, sensuality, and boldness in all that she does. Megan’s got songs and performances that can live in our heads rent-free, which are only some of the reasons why she’s sub-headlining this year’s Coachella. More than a bop-maker, Megan Thee Stallion conveys unapologetic messages and sentiments of self-love that we all need generous doses of. Couple that up with her magnetic stage presence and addictive bars, and you’ve got a one-of-a-kind performer. 2020 single Girls in the Hood is a prime example of classic Megan Thee Stallion. The track oozes the rapper’s distinctive energy while seemingly repurposing Boyz-n-the-Hood into a feminist anthem.

Hungry for more songs that scream confidence and girl power? Iconic might be the aespa song for you! The title says it all: aespa are icons, and they’re not afraid to talk about that in this hip-hop, dance-pop track that seamlessly balances their rich vocals and hard-hitting rap verses. Clearly a song for those who’ve got Megan on loop—or anyone who just wants to channel their inner hot girl through music.

Korean singer and songwriter BIBI is definitely a star on the rise. Just last year, she released her second EP Life is a B…, and lent her voice to the soundtrack of the Marvel film Shang-Chi and the Legend of Ten Rings. She has also collaborated with the likes of Mark Tuan, Hyoyeon, and Lolo Zouai, and got recruited by Asian music collective 88rising—who has also given her the opportunity to play for the Coachella stage. BIBI’s music spans various genres such as R&B, soul, and hip-hop, and her songs are often upbeat and whimsical. Though, despite this, BIBI’s voice also fits the original soundtracks of K-dramas like a glove, as seen in her OST ballad Very, Slowly for Twenty Five, Twenty One, a far cry from her usual tracks.

For those who already know and love aespa, it’s clear that their songs lean towards the EDM and trap genres. However, aespa is also continuously experimenting and touching on a wide range of musical tastes, so it should come as no surprise that the vocal-heavy group has tried their hand at ballads as well. Digital single Forever, a mid-tempo R&B ballad, was aespa’s interpretation of Yoo Youngjin’s song of the same name. Like BIBI’s OSTs, Forever is a wistful and sentimental track that feels like a warm hug on a cold winter day, which is fitting with how the single dropped in February of last year.

We hope that we’ve been able to help aespa snake their way into your heart, or at the very least, your playlists!

Grab some Coachella tickets by checking out our list of resellers, or learn more about aespa’s music through our Savage mini-album review! 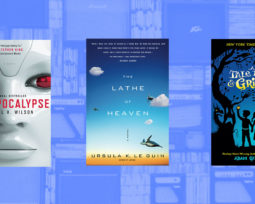